View source
Star Wars Wikkeez is another series of Wikkeez based on the Star Wars movies that was released in Europe and Israel in 2015. It is the sequel series to the Disney and Marvel Wikkeez as Star Wars is also a property of Disney. In Brazil the Disney Wikkeez were known as Gogo's Crazy Bones, so these can also be considered a such. 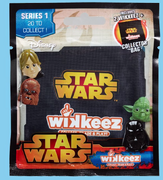 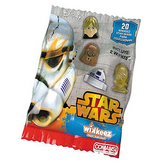 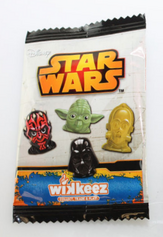 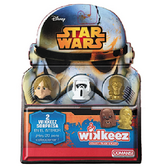 A company by the name of Zaini would later release chocolate eggs with these figures inside it, along with an eraser in Hong Kong and Italy. The figures were the same as the original release but had exclusive color variants such as transparent blue, black and red, as well as additional shiny colored figures.

Some of the figurines in this series also had design changes to make them look less cartoony and the crater on their back was replaced with an actual back view of the character. These were also renamed from Wikkeez to just 'Star Wars Collection'. 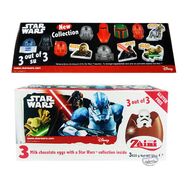 A second series of Star Wars Wikkeez based on the Star Wars Rebels TV show that was released exclusively in Israel in 2015. 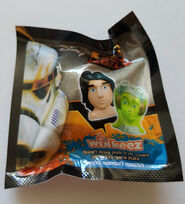 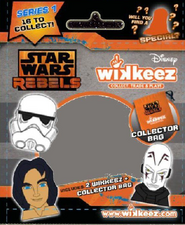 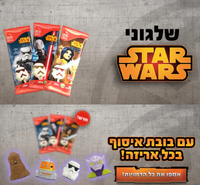 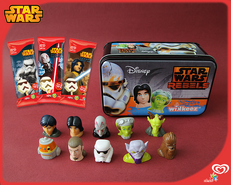