Start a Wiki
This is a series of 40 soccer themed Crazy Bones that came out in 1998. The series was called sports in the United States, despite all of them being soccer related.

Promotional card
Add a photo to this gallery

In Mexico and South America, exclusive Crazy Bones 'Sport' characters were released as a promotion with Coca Cola. They included characters that were not in the United States version Sports (Football) aswell as some alternatives with 'Coca Cola' logo added on the back.

Coca-Cola stamp on the back (Hielocos Futboleros) 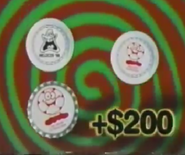 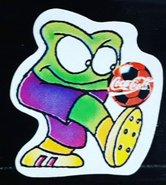 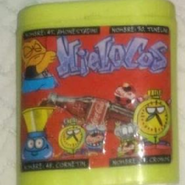 Container
Add a photo to this gallery

Retrieved from "https://crazybonespedia.fandom.com/wiki/Sports_(Football)?oldid=105373"
Community content is available under CC-BY-SA unless otherwise noted.