Start a Wiki
Power is the fourth series first released in 2009 in the United Kingdom.

This series marks the return of Precious Metal Gogo's for North America, as well as the Most Wanted characters last seen in Series 1. The series has a set of 80 Gogo's, and 10 Most Wanted Gogo's, bringing the total to 90. Unliked the previous series, this set replaces stickers with cards, and each pack contains two Gogo's instead of the usual three.

There are 10 Wanted Gogo's in the Power series. The Wanted cards are Holographic. 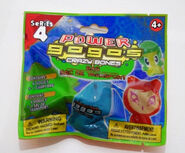 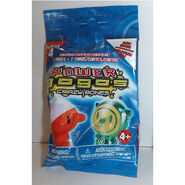 Box package
Add a photo to this gallery
Retrieved from "https://crazybonespedia.fandom.com/wiki/Power?oldid=95421"
Community content is available under CC-BY-SA unless otherwise noted.