View source
It's not known if these were official or unofficial series of Crazy Bones. In the late 90's these figures were released free with packets of Frito Lay (Matutano) chips in Portugal.

The figures are made from hard plastic, but said plastic is a little softer than regular Crazy Bones. The designs themselves appear to be based on characters from Gogos (Original). Rockers and Things but with different sculpts and shapes.

There are 30 characters in this series.

There is also Matutolas Series 2 featuring new characters such as a piggy bank, a bathtub, a pair of pants and a toaster, all with eyeballs growing out of them.

More stickers
This is the second series of Matutolas from Portugal and Poland. The characters in this series range from piggy banks, pants, soda bottles/cans, paint buckets, bathtubs, televisions, radios, football helmets, motorbikes, instruments, tea cups, shells, stars, baskets and more! They are very similar to Things and Third Series.

There is 30 characters in this series.

They were sold with potato chips (Ruffles, Chee-tos, Lays, Doritos, Fritos, 3D's) & 7-Up sodas in Portugal. 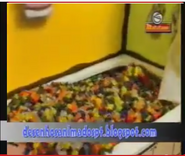 A bathtub full of figures (from the commercial) 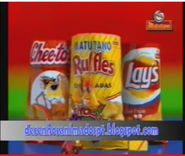 Chips the figures were found in (Chee-Tos, Ruffles & Lays) 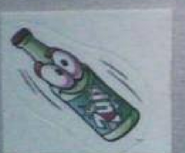 One of the figures is a 7-Up bottle 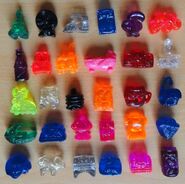 An unknown hot dog character that hasn't been identified yet
Community content is available under CC-BY-SA unless otherwise noted.
Advertisement