Start a Wiki
A series of toys similar to Gogo's Crazy Bones and made by the same company. It is a sequel to the Disney Wikkeez. There is 10 figures to collect, plus one shiny rare. 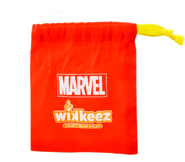 Marvel Wikkeez bag
Add a photo to this gallery

The figures were available in their regular Spider-Man outfit, a shiny variant, an 'Iron-Spider' suit, as well as a shiny variant of that too and a black Venom suit. 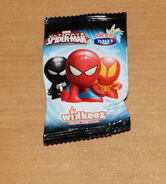 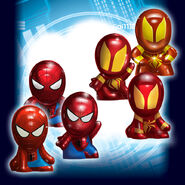 Venom Spider-Man 2 variant
Add a photo to this gallery

In 2019, Ipiranga Gas Stations released a set of 20 figures. This set consists of 12 characters from Avengers Endgame, with 8 special figures. Captain Marvel and Thanos come in a special metallic color, while the original 6 Avengers come in Glow in the Dark.

While this set includes figures from the Wikkeez series, most of the characters included are new to this set. 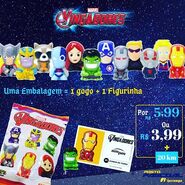 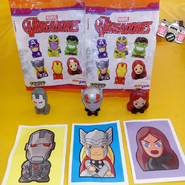 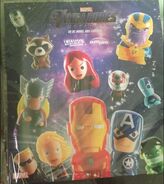 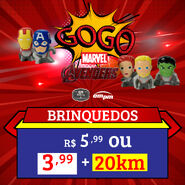 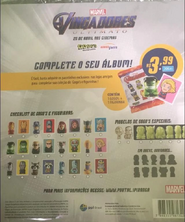 Back of Sticker Album

Both Pages of the Sticker Album

Sticker Album out of Wrap 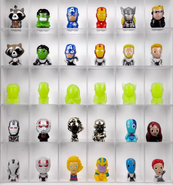 Entire set
Add a photo to this gallery

Retrieved from "https://crazybonespedia.fandom.com/wiki/Marvel_Wikkeez?oldid=96112"
Community content is available under CC-BY-SA unless otherwise noted.