The Genios Universe version of Gogo's Crazy Bones was a series that combined characters from the Urban Toys, Megatrip, and Foot series. It was only available in Argentina, and was released by the Genios Magazine Company, as well as Panini and PPI Worldwide.

Each pack includes two Gogo's, and puzzle stickers from the comic from the Urban Toy series.

This series had many variants that remain exclusive to the series.

Universos figures from Genios (from the Grannelle collection). 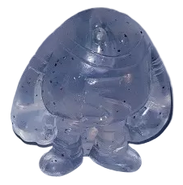 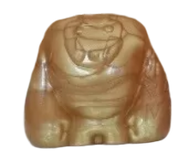 Gold Precious Metal
Add a photo to this gallery
Retrieved from "https://crazybonespedia.fandom.com/wiki/Genios_Universe_Gogo%27s_Crazy_Bones?oldid=96579"
Community content is available under CC-BY-SA unless otherwise noted.