Start a Wiki
Explorer is the third series of the modern series overall, and as the title of the series suggests it involves Gogo's taking a liking to exploring and expeditions. It was released in 2009 in the UK first, and 2011 in the US.

This series has, like Series 1 and Evolution, 80 characters that each come in 5 colours. But here's something new: each Gogo has a rare version of itself. All 80 Gogos' fifth colour is in a new, rare laser effect. As was with Series 1 and 2, Explorer comes with stickers that go in a sticker album.

Similar to the past two series, Explorer comes with twenty different colour schemes, or twenty four if you count the laser variants.

This is the only series that holes are put in the gogos to make them cool down quicker after production. 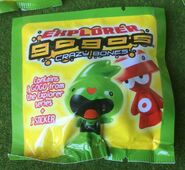 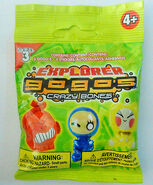 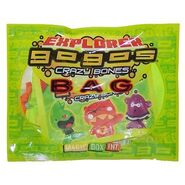 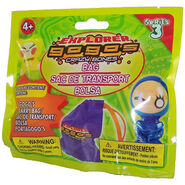 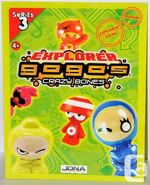 Add a photo to this gallery
Retrieved from "https://crazybonespedia.fandom.com/wiki/Explorer?oldid=105198"
Community content is available under CC-BY-SA unless otherwise noted.