Eggy is 3rd character in the original Gogo's series. He is arguably one the most popular Gogo's of all time, and there were many versions on Eggy made from 1996 to 2007.

He looks like an animal egg with legs and sad eyes. He could be a living egg creature, or he could be an animal that is trying to hatch out of an egg.

Who came first, the chicken or the Eggy? Eggy tries and tries, but just can't break out of his shell.

Eggy in other series:

A thin eggy next to a regular eggy

A collection of Eggys (credit: Mntwins025)

Eggy on a German Gogo's advertisement

Eggy worksheet
Add a photo to this gallery
A tiny version of Eggy found only inside the Eggy Keychain.
4th in the Mega Bones collection.

A large version of Eggy. His leg shape is different and looks more like a frog's.

Add a photo to this gallery
3rd in the McDonalds Monster Bones.

A large version of Eggy, the largest he's ever been. 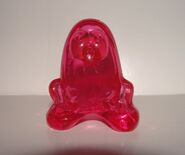 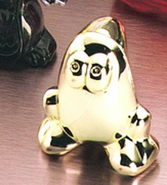 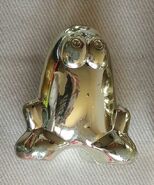 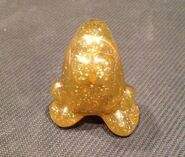 Monster, regular and mini Eggy
Add a photo to this gallery
Retrieved from "https://crazybonespedia.fandom.com/wiki/Eggy?oldid=95159"
Community content is available under CC-BY-SA unless otherwise noted.