A Bone Cage is a little plastic cage keychain that can go around your neck or hang off your keys. This is to keep your most precious Crazy Bone figure inside. They were sold with a Mutants glowie figure in a box. The Canadian release had string attached to the top of it and the North American release had a plastic or metal clip.

Glowie figure within a cage

(Mutant Edition) Comes with a glow in the dark figure

Add a photo to this gallery
This is a plastic mountain that was created to display collector's rarest Crazy Bones on.

On the old Crazy Bones official website there was a set of rules of a game that can be played on the mountain. The rules can be seen in the gallery below. 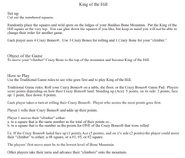 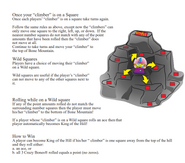 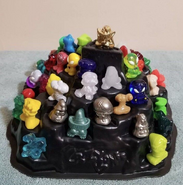 A Crazy Condo is a storage device consisting of stack-able squares that can hold up to a maximum of eight Gogo's Crazy Bones. It retailed for $1.00 USD per floor on the official Crazy Bones Online Store. 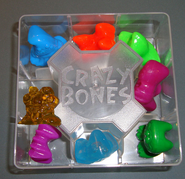 Add a photo to this gallery
Storage Cubes (also known as Gogo's Cubes) are a series of stackable display cubes that came with each pack of the Superstars series.

Similar to the Pods that came with the Mega Metropolis series, these square shaped cubes that can stack together to make a tower, and you can put Gogo's in it.

There are a total of seven different colours avaliable: 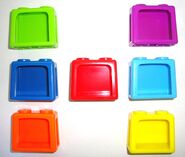 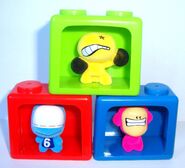 The Pods are a series of hexagonal shaped storage cases from the Mega Metropolis series. They have been given out in every Mega Metropolis issue, and you can display all sorts of Gogo's in the cases.

The hexagonal shaped Pods are a display for your Gogo's. You can build all sorts of designs out of them and they come in six different colours. 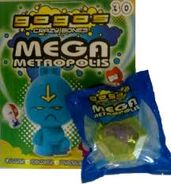 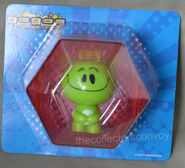 Store and display all of your England 2010 Gogo collection in the Crazy Bones England Dugout.

Start collecting all 27 pieces of the England 2010 Gogo collection which includes the players and manager Fabio Capello. All England Gogos fit comfortably inside the dugout and look great.

The Dugout includes 1 packet of England Gogos (2 Gogos) as well as the Dugout itself.

Collect and show off your England 2010 world cup Gogo team in the Crazy Bones England Dugout.

Complete set with Dugout display case (from the Grannelle collection).

Overhead view (from the Grannelle collection).

Cover removed (from the Grannelle collection)

Side view of Dugout with emblazoned crest (from the Grannelle collection)
Add a photo to this gallery
This is a display diorama that was sold in the Carrefour supermarkets in France in 2010. This diorama was designed to display an entire collection of Megatrip Gogo's on.

Add a photo to this gallery
This is a large box created to store all of the Disney Gogo's/Wikkez inside of and it was released only in Europe.

The Disney Wikkeez Twist 'n' Play Set is a Mickey Mouse-shaped playset with storage for your Wikkeez collection that was released in 2014. It includes a Special Edition Gold Rockstar Mickey Mouse. 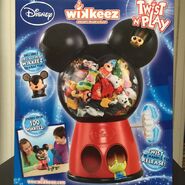 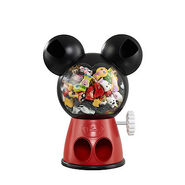 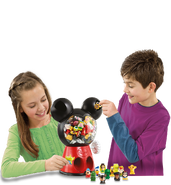 Store your Wikkeez collection with the Twist 'n' Play! Just turn the handle to release your Wikkeez and discover which character you'll get! 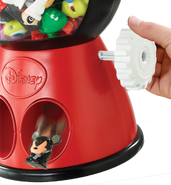 An example of it operating
Add a photo to this gallery
Retrieved from "https://crazybonespedia.fandom.com/wiki/Display_Sets?oldid=93746"
Community content is available under CC-BY-SA unless otherwise noted.