Start a Wiki
Officially licensed Crazy Bones clothing. This can be everything from shirts, hats, socks and pajamas. 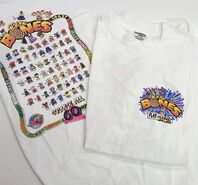 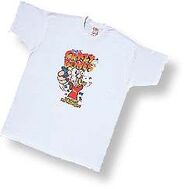 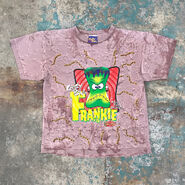 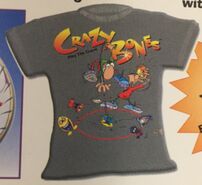 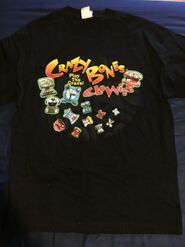 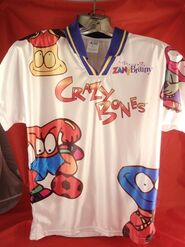 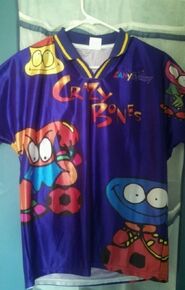 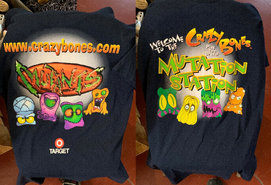 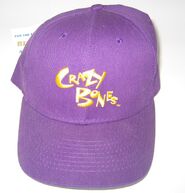 Beanie hats
Add a photo to this gallery

Officially licensed Crazy Bones clothing. This can be everything from shirts, hats, socks and pajamas. 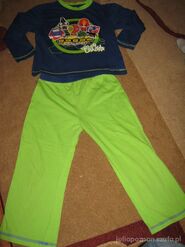 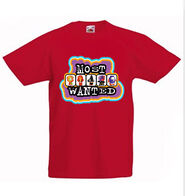 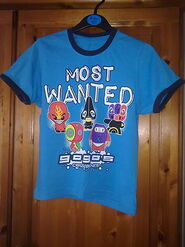 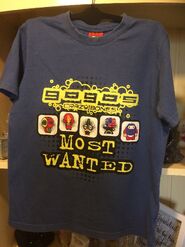 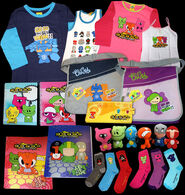 Children's socks with pictures of Gogo's on them. They were sold in Carrefour stores, Belgium.

When Unissul Supermarkets had a Turma Da Monica Gogos Promotion, they also released these T-Shirts that have the Advertisment of the Unissul Marco Gogos and Yo-Yo's. These are extremely rare and hard to find

T-shirts with Abatons logo on the front of it. These shirts can be won in a Spanish competition in 2014 by sending in a photo of Abatons figures stacked.

A girl wearing Skull Cap on Advertisement for Trading Gogo's

Crazy Bones Skull Cap is a Groovy Gogos item. You can wear it, or you can store your Gogos in it. It is an exclusive to Albert Grocery Store.

Unissul Monica's Gang shirts which were exclusive to Brazil 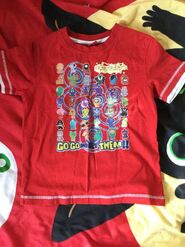 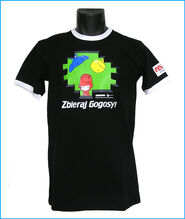 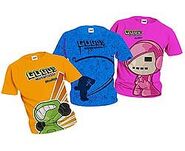 Urban Toys shirts
Add a photo to this gallery
Retrieved from "https://crazybonespedia.fandom.com/wiki/Clothing?oldid=105732"
Community content is available under CC-BY-SA unless otherwise noted.