Released in the mid-90's, the set includes a playing board on which the games Battle, Airborne, The Bomber, Online, The Traditional Game, and Bowling can be played, 40 Rocker figures and sticker sheet, 2 Bombers with individual stickers, 2 coffins , sticker book , and game play instructions. Having been released in Canada, all written content is bilingual (English, French). 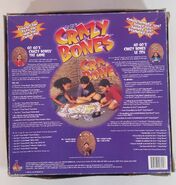 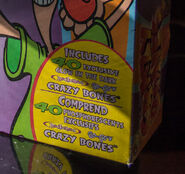 Add a photo to this gallery
A board game based on the Things series that was released only in Europe, Australia and South America.

The target is placed on the ground and the players decide from what distance they will throw.

Each player wins the points value of the square they land on.

The winner is the player with the most points after 3 throws.

This is a box with different holes in it that you have to bounce the Gogo's and land them in one of the holes. Each hole gives you a different score. 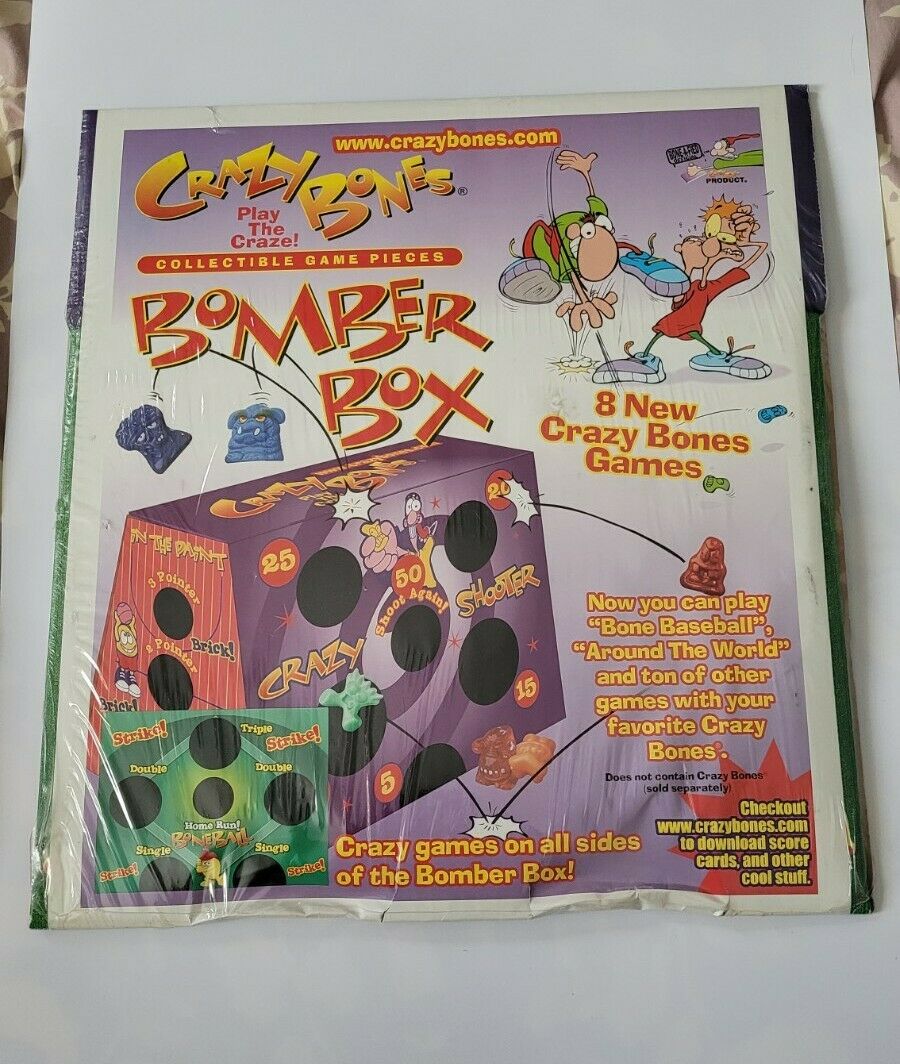 Advertisement
Add a photo to this gallery

Aim of the Game

To win, by being the first player with three bases marked.

Assemble the spinner through the board. Each player chooses a colored mover and collects the four matching colored tokens. Players put their mover on the matching colored Home Base. The youngest player goes first. They spin the spinner and what happens next is dtermined by where it stops.

Players may move in either direction around the board, but must not change direction party way through a move, and cannot end their turn on the same space they started. When a player lands on a Spin Again they spin the spinner again and continue their turn.

Marking a Home Base

To pick up tokens lost from battling, players must return to their Home Base. You do not need to return home immediately to collect lost tokens, but players who have no tokens cannot challenge others to dice battles. When a player reaches their Home Base, they collect their tokens and their turn is over, they may not claim or battle for their Home Base at the end of that turn.

Once a player has marked three Home Base; and returned safely to their own Home Base, they are declared the winner!

Add a photo to this gallery
LeftRightCentre is a popular family game and this is a Gogo's Crazy Bones variant of it.

This is a game with a twist, for three plus players, aged 6 years and above.

Players take turns to collect and pass the special Gogo's Crazy Bones tokens as directed by the three dice. But don't worry if you lose all your tokens because in this crazy game you could soon win them all back...and then some!

So keep going until one player has all the tokens and wins the game!

Each player receives at least 3 chips. Players take it in turn to roll three six-sided dice, each of which is marked with "L", "C", "R" on one side, and a single dot on the three remaining sides. For each "L" or "R" thrown, the player must pass one chip to the player to their left or right, respectively. A "C" indicates a chip to the center (pot). A dot has no effect.

If a player has fewer than three chips left, they are still in the game but their number of chips is the number of dice they roll on their turn, rather than rolling all three. When a player has zero chips, they pass the dice on their turn, but may receive chips from others and take their next turn accordingly. The player who does not receive chips after two passes is out of the game. The winner is the last player with chips left. 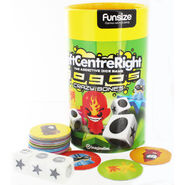 This is a rare Hungarian game set that comes with an activity mat that includes all kinds of games that can be played with Gogo's Crazy Bones.

Add a photo to this gallery
These are various puzzles that have been released that are based on different Gogo's Crazy Bones series.

The 3D- Puzzle was a puzzle released in 2000 by Toy Craze, inc and had pictures of the various classic Gogo's on it. The puzzle would also come with 3-D glasses and when the wearer puts them on then the images on the puzzle would pop out at them.

In South America there was a rare Megatrip related puzzle game. This puzzle was released in the 2010's. The puzzle's image was of the Megatrip checklist. 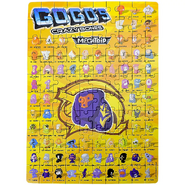 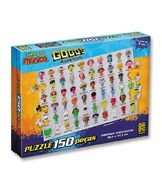 Monica's Gang Puzzle
Add a photo to this gallery

The Friendship game is a board game based on the Disney Wikkeez series that was released exclusively in Germany for the REWE promotion. It is intended for a family to play this game together.

The game contains three different game variants: the board game "Wikkeez-friend game", the card game "find a couple" and the game of skill "Wikkeez-finger game". 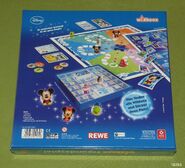 Add a photo to this gallery
Retrieved from "https://crazybonespedia.fandom.com/wiki/Board_Games?oldid=99566"
Community content is available under CC-BY-SA unless otherwise noted.