Start a Wiki
The Advance series was a set of five tins that included 10 different unique Gogo's. The characters' colors are different depending on which tin you buy. At first, only tins with Titan were available. After a few months, multiple tin covers were made. In Australia the tin was re-titled 'Collector Tin' and was distributed by Moose Toys. 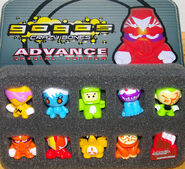 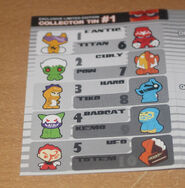 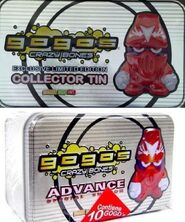 Retrieved from "https://crazybonespedia.fandom.com/wiki/Advance?oldid=83976"
Community content is available under CC-BY-SA unless otherwise noted.